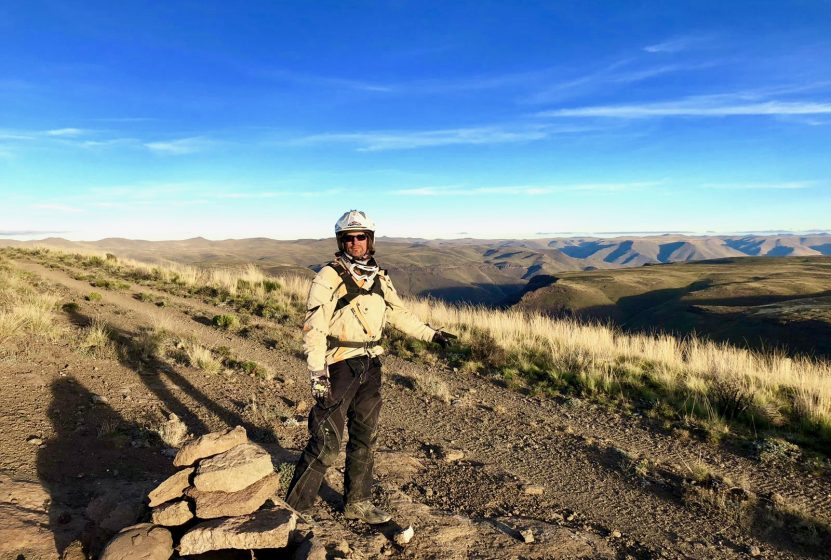 The Ben 10 Mountain Challenge is an initiative between Eastern Cape Tourism and Mountain Passes South Africa to encourage tourism in the Southern Drakensberg Mountain region. The challenge is to conquer the 10 highest mountain Passes in this beautiful area south of the Lesotho border in anything from one to seven days, in order in or on any transport method. Bicycle , 4×4 or motorcycle. Completion gets you a certificate and a chance to win holiday stays in local guest establishments.

The area is home to most of South Africa’s highest mountain roads and the only reliable winter ski resort in SA, namely Tifendell. All but one of the passes is gravel and quite a few are remote and poorly maintained (a good thing for bikers). It’s also home to a bounty of awesome guest lodges, hotels and B & B’s because of the natural beauty and abundant tourist activities. The best river and dam fly fishing in SA, bird watching, hunting and mountain biking to name a few.

Best time to visit is from September to mid June when it starts getting very chilly and the snow fills the valleys. Not great for bikes but still a beautiful treat for four wheel adventurers with a log fire and a cup of gluhwein awaiting you at the lodge.

This April six of us took to the mountains for a stunning four days of bike riding. Overnights in Lady Grey, Mountain Shadows and two nights in the beautiful hamlet of Rhodes. We did the 10 passes in the following order over 4 days.

We included a couple of lease knowns as well for a tally of 14 passes in all.

Wow, the pics don’t do the route justice. Every turn delivers another amazing visitor and another track disappearing into the yonder.

We completed the route without incident and arrived back at Lady Grey just after lunch on the fourth day.

Be sure to watch the video taken by one of the touring group. https://youtu.be/cFEQzhFGY8M